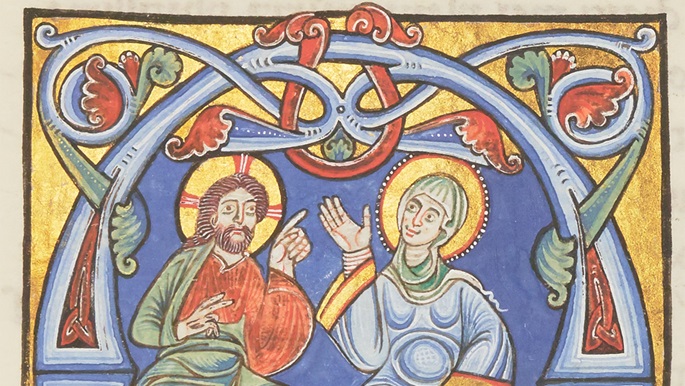 Owing to a growing interest in Medieval Music and manuscripts, partly because of the uncovering of key manuscripts in the mid 20th century, and partly owing to their dis-obfuscation and distribution into the hands of anyone that goes looking on the internet, there are more and more resources available for exploring these manuscripts, and these are great tools for composers on the hunt for interesting texts.

On this post are some useful links and resources to help you get your head around the sometimes mysterious and at other times deceptively similar Middle English. I will add to this post as I find more useful resources.

Originally the home of the wayback internet archive machine, this project has expanded to become an internet archive, including the wayback machine and every out of copyright archived PDF in existence. As a result it has some remarkable medieval texts and some remarkably banal ephemera from across the years. Searching “Christmas poetry” brings up a remarkable collection of texts from the last two centuries, and a surprising amount of mills and boons “on Christmas night” smut.

A growing collection of manuscripts kept at The British Library which includes for example motets by Purcell in the hand of the composer. Surprisingly few complete manuscript collections on here as yet. (only a few pages of Sloane 2593 are available for example) but worth returning to. Also check out their blog which often has interesting updates.

A staple for out of copyright scores, the Petrucci project also includes many complete manuscripts and part books that are attributable earliest sources for a great deal of music.

gallica is the digital arm of the incorporated Biblioteque Nationale Français and contains a huge store of original manuscripts and texts spanning several centuries. On there you will find original charpentier manuscripts, books of French carols and the earliest known Occitane alba En Un Vergier Sotz Fuella d’albespi, for example.

The Bodleian Library is the jewel in the crown of Oxford University and contains some astonishing manuscripts. These are being digitised and the Bodleian already has a substantial number of digitised manuscripts from the 13th-15th century.

This is an essential tool for finding early sources of music whether and includes useful information such as worldcat references and incipits from the texts themselves.

This is a catalogue of verse and where to find it in which manuscript. Very useful for hunting down alternative sources and texts, and sorting out inconsistencies. Some insight on the entries themselves as to the nature of the poems.

Sadly EEBO is only available through the digital services of university libraries, and last time I checked only from their own network (not external logins). However, this is a treasure trove of early manuscripts and first editions of English verse, as well as early documents of all kinds.

While there are plenty of other languages to get your head around when exploring older texts, this is the one I’ve spent most time puzzling over, and have accrued the most resources for. Here are a few useful links:

This is an invaluable tool for demystifying the language. Owing to the huge variety of spellings that even run to completely different spellings for the same word, Middle English Compendium presents you with multiple possibilities, titled with the typical IPA pronunciation of the word and including hundreds of citations from medieval texts relating to each word. Even with this enormously useful tool it is very possible to choose the wrong meaning, and it’s worth spending some time going through the different possibilities.

This is a wonderful step by step guide to learning Old English, particularly Anglo Saxon, Although this is typically older text and therefore more incomprehensible as a modern English speaker, this is a good place to start when understanding and pronouncing Middle English and features a lot of the same concepts.

This has useful audio examples and a good explanation of the concepts of pronunciation of Chaucerian Middle English.

This has a useful guide to the long vowel shift complete with diagrams.

This is a very useful short-form guide if you just need a quick reference.