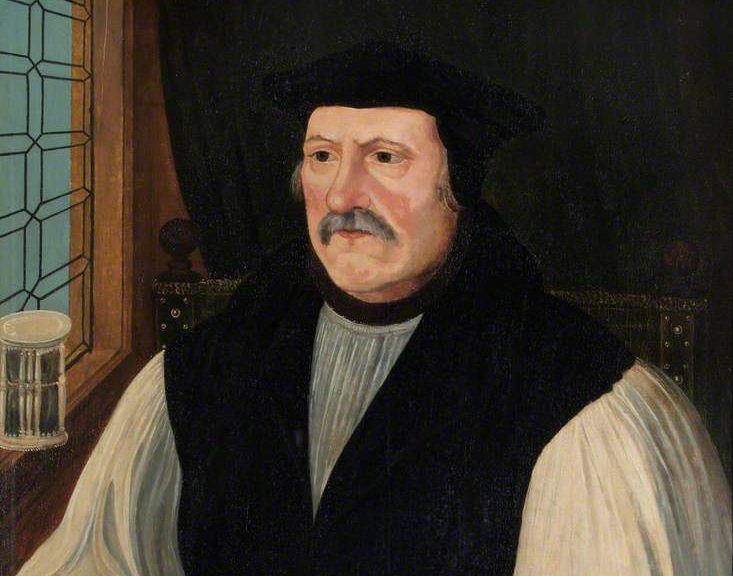 what fruite of immortality
a book of laudes or praises

what fruit of immortality was a collaborative project between composer Edward Caine and Musicologist/Singer Graham Bier as part of the Sir Jack Lyons Award programme, July 2012. It was premiered by The 24 and students of the University of York.

In the early decades of the English Reformation, clergy were faced with the task of creating a liturgy suited to the new ideals of the young Anglican Church. These included a shift from Latin to English and an increased emphasis on congregational participation in worship, both of which could be served by the development of the Metrical Psalter. The advantage of a metric translation of the psalms was that it allowed members of the church to learn a tune or limited number of tunes, and to fit all 150 psalms to them, such that the singing of the psalms would become accessible to the masses.

Archbishop Mathew Parker published his metrical translation of the psalms in 1567, including nine harmonised ‘tunes’ contributed by Thomas Tallis. In addition to the translation of every psalm into regular metre, Parker provided a long introduction – also in metred verse – in which he explained the value of singing the psalms regularly. Tallis’s tunes are not unknown today, but they are exclusively sung as short pieces, using only the sample verse printed below the music at the back of the 1567 book. Tonight may be the first modern performance of Tallis’s music as it was intended – as a vehicle for any of the psalms (and perhaps even Parker’s metric instructions) that suit the metre of the chosen tune.

Introduction
I’ve often had an interest in exploring and absorbing formal ideas from “found” resources – usually medieval or renaissance music. When this opportunity came up and I discovered that my friend and early music specialist Graham Bier was interested in exploring the Parker psalms it seemed to be a perfect excuse to collaborate on a project, as well as to explore vocal ideas that I had been working on. The psalter is a really interesting volume that combines the academic and poetic in an interesting way, and the Tallis settings piqued my musical interest. Graham’s aim was to create an edition of the psalms and perform them, my aim was to create a piece responding to them. In the end we decided to combine these two ideas in a piece which incorporates the Tallis.

1. Prologue
The piece opens gently with a slowly unfolding structure based around the modes used in Tune 3 (which you never hear in full in this piece, but in fragmented form sung by the counter-tenor in this movement). I was particularly interested in Tune 3 because of its lopsided rhythmic changes and major-minor-modal ambiguity in harmonisation. In modern terms, the Tallis harmonisation flirts with major and minor sounding modes using a kind of modal ‘switch’ to move between them. The ensemble enters here accompanying the counter-tenor, as if playing a rusty, broken old squeezebox (something which holds no particular significance to the source but is a texture that I enjoy). The counter tenor and narrator take the part of the Archbishop Matthew Parker, the counter-tenor singing the introductory poem “of thee good friend” etc. and the narrator speaking some of Parker’s rumination on the nature of the psalms. The choir in the background sing two stanzas of a poem entitled “Of the virtue of psalms”:

“It is a glasse: a myrrour bright,  for soule to sée his state:  A garden fayre: all fully dight,  with herbes most delicate.”

3. On the Psaltery (Boya)
Initial ideas to include an early instrument ensemble in the piece were dashed when it became difficult to find the players. In particular there were no good psaltery players or even good instruments to work from (The psaltery being an important instrument in the body of the text). The answer and the idea for this movement came in the idea of mimicking the sound of a psaltery over the whole ensemble using spectral techniques. In particular there are quirks in the quality of the sound (strong high partials and a metalic quality), the nature of the attack (when bowed owing to the position and nature of the bow, there is often a crescendo to the point at which the bow leaves the string. When plucking there is a different arrangement of partials and evidence of beating in the upper partials) and the nature of the decay (the psaltery is very resonant and the decay is very slow, and different with plucking and bowing). The ensemble performs antiphonally, so that for each note there is an attack and decay which plays over the next note. In so doing the ensemble performs a monody. The monody itself is inspired partially by the lines and shapes produced in Guqin playing. Guqin is a chinese dulcimer-like instrument that is uniquely quiet and meant for an audience of close friends. The famous guqin player Lu Boya, when his best friend Zhong Ziqi died, “broke the strings [of his qin] and vowed never to play [the guqin] again” (Liezi).

6. Psalm 23 “The Lord so good”
I had two particular ideas for this movement; One was to examine Tune 8, which is now often performed without harmonisation as the “Tallis Canon” (god grant with grace he us embrace). It’s a very interesting tune to me as not only are the parts in it quite round-like, but there is a slow spreading out of the parts, filling the upper and lower ranges of the choir and crucially at a very poignant moment a minor 7th appears in what was a major diatonic setting. While this is easily explained with his use of two different modes (major diatonic and myxolydian) it also appears to insinuate at an exactly appropriate moment the use of the harmonic series, accentuated by the steady pulse and slow build up the major diatonic sonority. Exploring the use of the harmonic series in this way became an important part of the piece. The second idea was the use of static harmony and slow shifting parts in the choir. This was inspired by performing the Striggio 40-part mass in workshop with Robert Hollingsworth in which it felt that the choir was pouring music into the acoustic of the Lyons like it was water into a pool. These two ideas were not quite enough to write the movement and the third idea that went into the piece is a setting of the 23rd psalm, which is widely known in the vernacular “The Lord is My Shepherd”. I chose this psalm so that the audience is likely to recognise the differences between the Parker and vernacular texts. Not being a religious man, I found this particularly difficult to set and hope I did it justice. To fit it with the language of the other ideas in the movement, I restricted the melody to the harmonic series (accompanying it diatonically) and used the analogy of the pool of sound by viewing the settings as “drops of ink” which you see distinctly and which then spread out and colour the pool.

7. Together clap ye hands
The most interesting thing to me that came out of Graham’s analysis of the Parker text was his Parker’s use of meter. The psalms fall into several common meters with regular patterns of syllables-per line, for example the most common meter is [8 6 8 6] (8 syllables, 6 syllables etc.). There are in fact many different meters used but the most interesting to me were [5 5 5 5], [6 6 6 6], [6 6 8 6], [8 6 8 6], [8 8 8 8], [10 10 10 10] and [11 11 11 11]. The effect these different regular and irregular meters have on text stress leads to some really interesting rhythmic implications when setting the text. This idea lead to the composition of an entirely unpitched movement. The movement starts by purely expressing the numbers as rhythms over seven parts, in breathing, starting with the most regular [8 8 8 8]. The others join in poly-rhythmically, and then the text is whispered, the first syllable of each sentence brought out, creating a shifting polyrythmic texture. As the movement evolves with the soli coming in with wild invocations of the text, the text setting evolves, becoming more natural and focussing on the text stresses in the sentence as apposed to pure rhythm. At this point the ensemble start to join the dance in their own private rhapsodical rhythm. The over-all impression should be one of something starting out very mechanically and then transforming into a thick layer of evangelical followers all shouting, whooping, clapping their hands and inviting you to the dance, egged on by the solo ring-leaders. The last bit of the movement is one of the two psalm settings that Parker wrote with a different letter of the alphabet at the start of each verse, quickly chanted across the choir.

9. Epilogue
The epilogue aims to knit the whole piece together by returning to fragments of the previous movements. It opens with an indeterminate cell-based improvisation that is designed as a transition from the Tallis back into the prologue. This time the narrator reads from “of the virtue of psalms” again taking on the role of the archbishop Parker.